In this week’s For The Record, Gigslutz contributor News Editor Melissa Svensen explores Fleetwood Mac’s Rumours. Exploring the ins and outs of the tracks and the band’s relationships, we take a look at one of the best records from a band whose (not so) private lives are like an episode of Eastenders but whose music is ceaselessly influential. 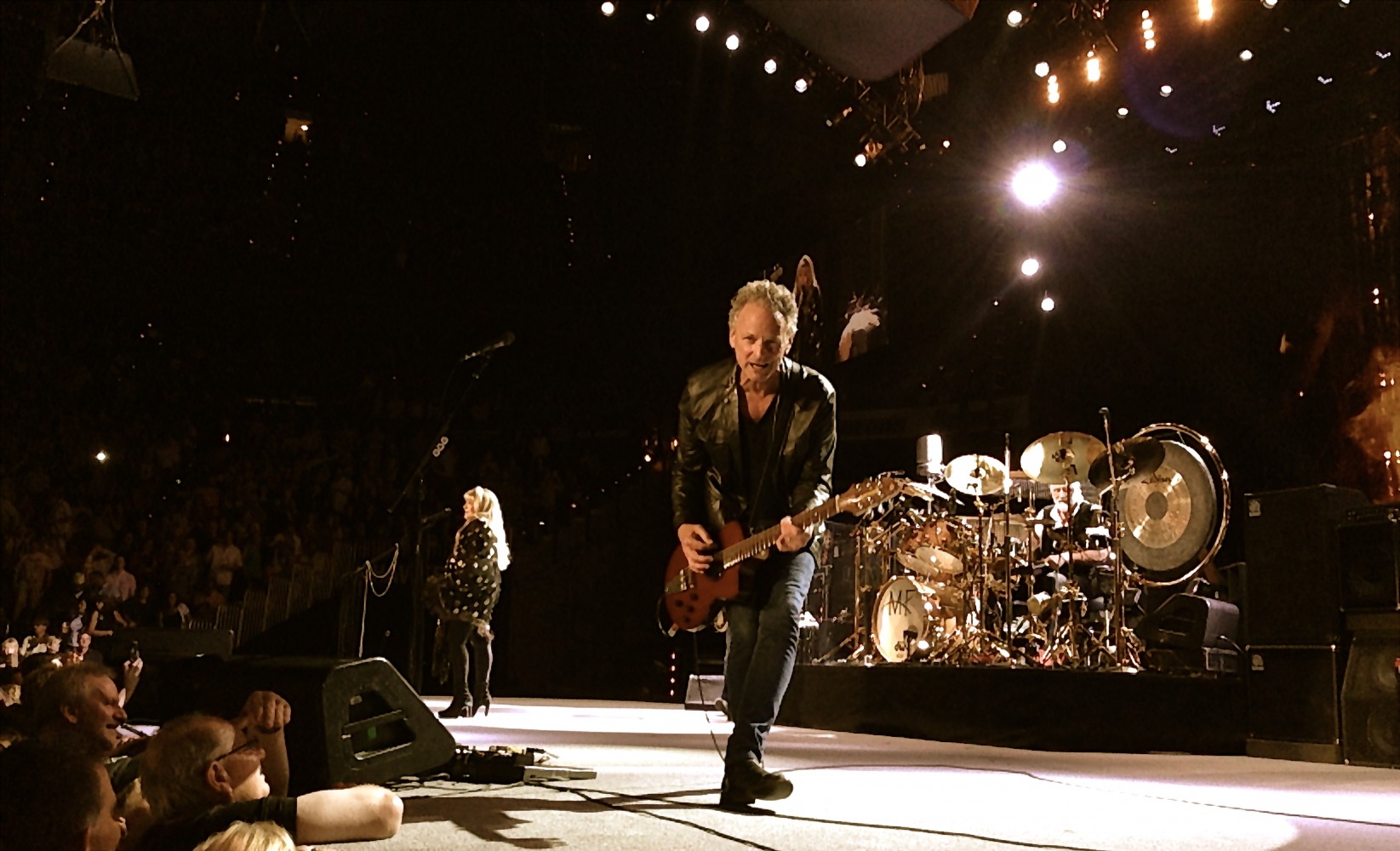 I can’t pinpoint where I first heard Rumours, or when I first fell completely, irrevocably in love with it: I suppose the thing with an older album is that since it already existed when I was born, it was always there. I wasn’t there to experience its making, but it was always on hand to listen to and eventually, god knows where, or when, the realisation that this is an insanely special record came about. I guess one of the nicest things about Rumours is you can just put it on and leave it – no song requires skipping, and it’s perfect background music. Background music that, rather than being dull, acts as an exciting soundtrack to whatever it is you may be doing. Sometimes, however, it’s nicer to take a deeper look into your favourite record.

Rumours is an odd album – a patchwork of lyrics and stories of a band in a state of turmoil, and it’s not something they do much to hide. Between the on-off relationship of Lindsey Buckingham and Stevie Nicks and the divorce of Christine and John McVie, there was plenty to write about and in a pretty twisted way I can’t help but be thankful for their disastrous relationships.

‘Second Hand News’ sets this tone for the rest of the album: Buckingham’s lyrics “I know there’s nothing to say/Someone has taken my place” and “One thing I think you should know/I ain’t gonna miss you when you go” are a bit of a f*ck you to Nicks – and it’s almost no wonder their relationship was so explosive when they were forcing each other to sing lyrics about the other. It’s pretty fascinating really, that through such turbulence they could produce such a perfect record – lyrically and musically.

There’s an interesting contrast between Nicks’ and Buckingham’s lyrics in Rumours – after ‘Second Hand News’, ‘Dreams’ is hopeful. Supposedly dubbed ‘boring’ initially by the rest of the band, ‘Dreams’ morphed into one of the most iconic songs on the album, and one of my favourites. Sure, it was written in about 10 minutes, and it may not be the most complex of tracks, but it flows beautifully with the rest of the album.

There’s something ironically calming about the lulls and highs of Rumours. Something that should be unsettling seems to feel more like a journey. ‘Never Going Back’ is bubbly – it’s Buckingham’s songwriting at his most naïve and sweet, but also arguably at his best. I think with Rumours I could go through the whole album, justifying why each song is my favourite, but changing my mind when it got to the next one – ‘Never Going Back’ is up there for the guitar part alone.

It seems only right that ‘Don’t Stop’ and ‘Go Your Own Way’ are side by side on Rumours. As the first and second singles from the album, they’ve remained two of Fleetwood Mac’s most iconic songs, with ‘Go Your Own Way’ covered by everyone from The Cranberries to – rather regrettably – the Glee Cast and ‘Don’t Stop’ by the likes of Elton John and Status Quo. They’re iconic, and it’s difficult to see a time when they won’t be. They’re uplifting and hopeful – an extreme high in the album before we’re hit by ‘Songbird’…

Ah, ‘Songbird’. I’ll admit I can be quite emotional when it comes to songs, but ‘Songbird’ is a different level. I’ve seen Fleetwood Mac twice now – something that I’ll boast incessantly – and probably rather irritatingly – about. The first time, they played ‘Songbird’; flawlessly, and in such a way that made my mum and I quivering wrecks. I’ll never know exactly why ‘Songbird’ gets to me – I’ve always just assumed it did it to everyone.

I think the easiest way to describe my love for most of the album is through anecdotes. I once made my friend sit down in Camden Barfly when ‘The Chain’ came on because he said he’d never heard it. I made sure he sat and listened to the full 4 and a half minutes and while, yes, I was probably a little drunk, it was all with good intention. I’ve always thought it quite tricky to describe and explain albums you love so much – with Rumours it’s just a matter of wanting everyone to hear it. Rather ironically since I’m writing this, I think the love for Rumours isn’t actually something that needs explaining.

I want to dance to ‘You Make Loving Fun’ at my wedding. If I get married that is, otherwise I’ll just continue listening to it alone in my room. It’s endlessly sweet: though actually inspired by an affair Christine McVie had with the band’s lighting director Curry Grant, she told John that it was about her dog to avoid trouble – and though it would almost be sweeter if it were about a dog, it’s lovely enough without. It was clearly a good affair…

It’s odd reading up on the background of tracks and albums – discovering how different it could’ve been and the potential of rather incredibly tracks having been completely left off. ‘I Don’t Want To Know’ had been written by Nicks before she and Buckingham joined Fleetwood Mac, and with the band recording it for Rumours behind her back, she was angry about its inclusion on the album. But listening now, nothing else would’ve fitted it – it slots perfectly in with the other tracks and any others would’ve been wrong. Sometimes we have to admit Stevie Nicks is wrong.

The final two tracks on the album are, for me, the weakest two. Still fantastic compared to most music, there’s just a bit too much of a lull at the end. I want more songs that make me want to spin around my room till I’ve fallen over, flowing dresses and flower crowns everywhere. But it’s Rumours ­­– I can’t complain and given the opportunity I wouldn’t change it.